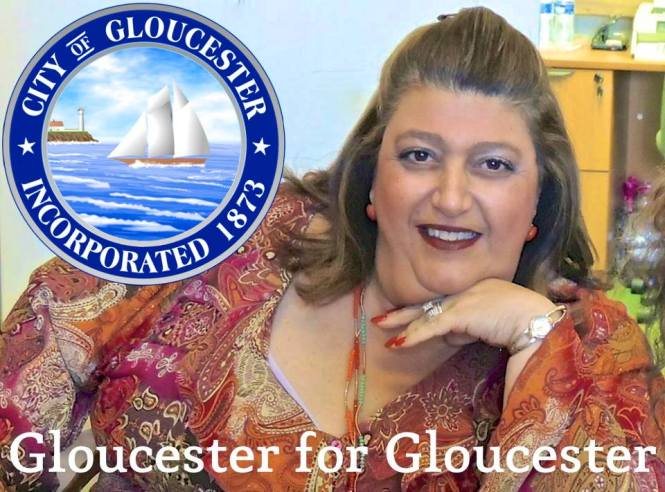 Today, I announce that I am a candidate for Mayor of Gloucester.

I do so because I love this city and all of our people. And, during the past six months, my team and I have demonstrated that government can be run openly and honestly to serve every citizen in Gloucester fairly, and with respect.

When the City Council elected me Mayor, I didn’t know how much my team and I could accomplish—I had no idea what a difference we could make. While I was humbled and honored to serve as Mayor, I thought then that the best way for me to help the people of Gloucester was to return to my seat on the City Council.

But by working closely over the past few months with Gloucester’s business and community leaders, private industry, and most importantly, the citizens of Gloucester, my team and I have made progress in a number of important areas, including economic development and tourism, the arts, and the health and well-being of our citizens. I believe that great things can be achieved as long as we keep working together.

Every day, I talk with people across the city and test my approach. They tell me that open and honest communication, teamwork, and a sharp focus on what Gloucester needs will move this city forward. That’s my style.

I am committed to Gloucester and all of our people. I am proud of what we have accomplished but I realize that there is much more to do, and I want to continue the work we have started. That is why I’m a candidate for Mayor.

Though I respect the other mayoral candidates for their service and commitment to the city, I feel a special affinity for Mayor Sefatia Romeo Theken.  Her father, Enzo Giambanco, was president of the Board of Directors at Action, Inc., Gloucester’s antipoverty agency, when I first went to work there in 1972.  I found in Enzo not only a mentor but a person of deep compassion for the low-income families we were serving, including out-of-work fishermen, children who needed a pre-school education their parents could not afford, people who did not have health insurance, and elders who were torn between paying rent and utility bills and eating.  As an immigrant he understood what it felt like to be on the outside, whether you spoke a different language or your clothing was not in fashion.  Along with Executive Director Bill Rochford, Enzo helped to steer the agency through some of its most challenging times, while never abandoning those who depended on our services, whether it was help with fuel bills, home care, or after-school care for the children of working mothers.

Sefatia learned these caring ways from the cradle, and she has spent her entire life helping the people of Gloucester as one of the city’s hardest working councilors and as a health care advocate and human services liaison at Addison Gilbert Hospital.  During her tenure as interim mayor, Sefatia has again demonstrated her skills at reaching out to citizens across the entire social and economic spectrum of the city, listening compassionately to their concerns, hearing the ideas they have shared, and making decisions in a thoughtful and intelligent manner, while relating to all of us in an open, caring and humane way.  When you are hugged by Sefatia you know she means it.

Sefatia has roots that run deeply into the community and its history.  She’s gone to school and raised a family here.  She can walk down the street and recognize everyone she meets.  She knows who their aunts and cousins were, and they, in turn, know her.  She can tell you who lived on which street and who worked where, and what happened to them if they got laid off.  This kind of knowledge that comes from growing up in one place and feeling it in your blood is indispensable when it comes to understanding the needs of neighborhoods and their residents, no matter which part of the city they are located in.  A public official who is not deeply in touch with the culture of the community he or she hopes to serve is already at a disadvantage.

The previous administration, though it helped to move the city in some positive directions, especially regarding our fiscal status, was, in my mind, largely technocratic, corporate in its approach to governing and in its client preferences.  As such, it was often out of touch with the people, especially those whom its policies adversely affected.  Considering the fault lines left in the wake of the Beauport Hotel controversy, Gloucester needs a mayor who does not seek to impose his or her will upon the community, but rather one who respects the will of the people and is not tone deaf to the diversity of local voices.  We need a mayor who will not attempt to manufacture consensus or claim it exists when it does not—a mayor, especially, who will not dismiss a neighborhood’s fight to preserve its own culture as NIMBY, or consider citizens who exercise their right to speak in opposition to projects they feel are inappropriate as “obstructionists.”  Rather, this mayor would listen to their objections and engage them in the kind of constructive dialogue that is the cornerstone of our democracy.

I believe that Sefatia will be this kind of mayor—she has already demonstrated these qualities as a much respected city councilor and during her tenure as interim mayor. We need a mayor, who will advocate for “Gloucester for Gloucester people,” who will lead us toward a more vital sense of community in education, civic responsibilities, historical awareness, fiscal prudence, economic and social self-sufficiency, and love of place. We particularly need a mayor who understands and cares deeply about our fishing industry and the importance of our working waterfront.  I believe that Sefatia will be this kind of mayor.  That is why I am endorsing her candidacy and urging all those who want our city to move forward without losing sight of the heritage that has made us what we are to join me in voting for Sefatia.