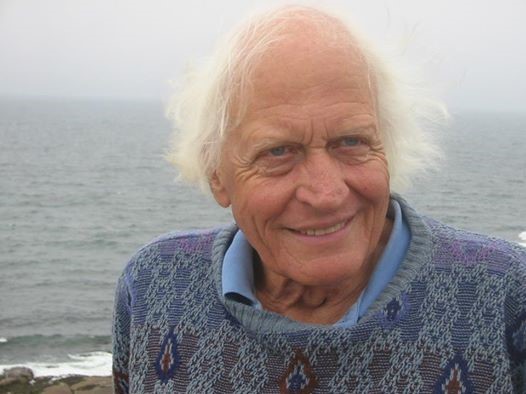 John Donne wrote that every death diminishes us.  I thought of Donne’s words after a mutual friend emailed me on June 24 to report that Kent had died at 7 a.m. that morning at Kaplan House, following complications from a pacemaker procedure.

I had known Kent for nearly thirty years.  We’d sailed together, dined with our families, and worked together on the board of the Charles Olson Society.   In recent years we met regularly for lunch and conversations that ranged from the day’s pressing political issues to Kent’s years in Berkeley during the 1950s, where he studied physics and became friendly with some of the Bay Area’s finest writers, including poets Robert Duncan, Robin Blaser and Jack Spicer, during the era known as the San Francisco Renaissance.

Kent really was the “Renaissance Man” that his Gloucester Times obituary and the family’s Facebook tribute describe him as being.  He’d studied theoretical physics at the University of California in Berkeley and worked at the Lawrence Radiation Laboratory, where the Manhattan Project had originated.   Concurrently, he painted and wrote poetry at a time when writers like Jack Kerouac, Allen Ginsberg, Michael McClure, Gary Snyder, Lawrence Ferlinghetti, Kenneth Rexroth, John Wieners, and Charles Olson were either living in San Francisco or passing though.

After Kent moved to the Boston area to work at the Lincoln Laboratories and Itek, he continued to write, adding sailing to his repertoire.   He designed the house in Essex he and his art historian wife Joan lived in.  Filled with books and paintings and situated on a hill surrounded by fields, forests and wetlands, it was an ideal place for meditation and creativity.  After he retired he devoted his entire time to painting and writing—when he and Joan were not sailing or traveling.  Kent was also a superb cook.

When I first walked into Kent and Joan’s house for a Christmas party, I was attracted to Kent’s impressive library.  Personal libraries tell us much about the person who has created them.  As soon as I discovered the collected poems of Charles Olson on the bookshelves, along with those of the San Francisco poets Kent was close to, I knew that I had met someone I could talk with about the things that meant the most to both of us, not only poetry but the larger cultural and social issues the poets we both admired addressed.

Kent was always modest about his learning.  Berkley at the time Kent was a student there, along with Gloucester novelist and playwright Jonathan Bayliss, and woodworker/sculptor Jay McLauchlan, was arguably the most exciting place to be in America, especially if you were a writer.  New York, yes—and always.  But there was an atmosphere in San Francisco the likes of which we had never seen and, sadly, would never see again.  The Pacific light, the blue ocean itself, the astounding Bay and its iconic bridge were part of that atmosphere, along with North Beach bookstores like City Lights, cafes and housing that was affordable to writers and artists.

But Kent did not engage in nostalgia.  He did not romanticize Berkeley.  He lived in the present, depicting the marshes and woods around his house, the beaches of Ipswich and Plum Island he sailed past; himself and family members.

When we started Enduring Gloucester five years ago I asked Kent for a poem.  It would be the first of many he contributed—wryly humorous or passionate.  Poems about the passing of time, the changes in nature; about Gloucester lobstermen and the sea itself.

Kent was a Progressive long before those who use the term today.  A conversation with Kent was like his poetry—articulate, knowledgeable, and deeply humane.  We will miss Kent while cherishing the gift of his poetry.