Memories of a Highliner’s Son 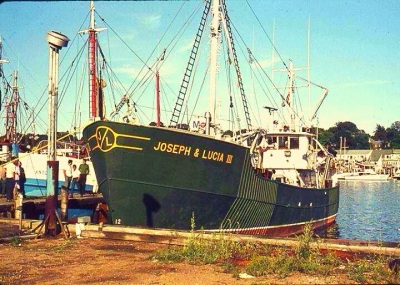 by Big Tom Brancaleone
My family fished out of Gloucester on the Joseph & Lucia I, II and III, for over 50 years- as boat owners, captain and crew. They worked hard and were successful in their labors. They were known for being fair to their crews and had a propensity for fishing in bad weather. 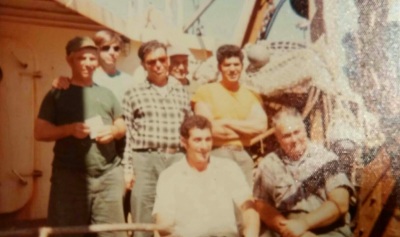 As a child I can remember the worried look on my mother’s face as our home on the Boulevard shook and the storm windows squealed and shuddered. The boat was out in yet another storm. Their hope was to be the only boat to market and to fetch a big price when they finally made it back to port, and they often did just that. As a boy I did not realize the dangers they faced and the ordeal that life as a commercial fisherman posed. They truly were iron men on those small vessels that earned every penny with sweat and blood.
I never could begin to understand what my father sacrificed for us and how hard he worked until he actually took me out on my first trip. After two or three days of preparation,  which normally included vessel maintenance and fishing gear upkeep the Joseph & Lucia lll  (J&L III) was almost ready to set sail. The fuel tanks were filled and the food locker in the fo’c’sle was stocked. Thirty-two tons of crushed ice was put down the fish hold and the seven man crew said good bye to their loved ones and braced for eight to 12 days of battle with Mother Nature. 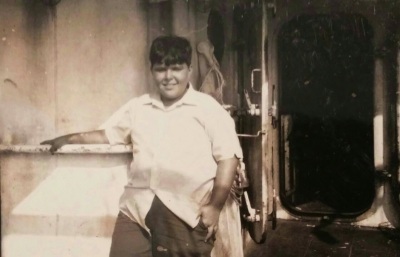 I was only 14 in 1972, and it was summertime so the backdrop for my first experience at sea was rather tame compared with what it was like in the winter. My main duty was to keep my eyes open and stay out of harm’s way. I did suffer from sea sickness the first night out but, though it was awful,  it subsided after about 24 hours and wasn’t a problem thereafter.
We steamed along at about 12 knots for roughly 36 hours to reach the fishing grounds. Crew members were required to take a “steaming watch” when the boat was under way. This is a very important duty and the lives of all on board are in the balance.


The rules of the ocean and general seamanship are practiced at all times and of course you can never fall asleep. The captain gives his instructions and retires to his quarters to rest up. He will not get much sleep once the fishing begins. The importance of being alert on watch was demonstrated many years later as the J & L lll ,when steaming home after a particularly arduous trip collided with an ocean going barge in the Massachusetts Bay at full speed with 140,000 pounds of fish aboard. The man on watch had somehow dropped the ball. They were very fortunate to survive that mishap with minor damage to the boat and injuries to the men. Crew members suffered a few lumps and the bow was slightly dented. The barge had over $125,000 in damages and the boat got a $1000 fine for speeding in the fog in the bay. The barge was being towed by a tug and was tethered to it by a massive cable. If they had hit the tow cable there is a good chance the boat could have rolled over. An alarm was then installed that warned of a possible collision after that near disaster. 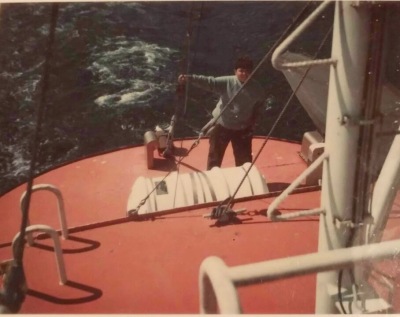 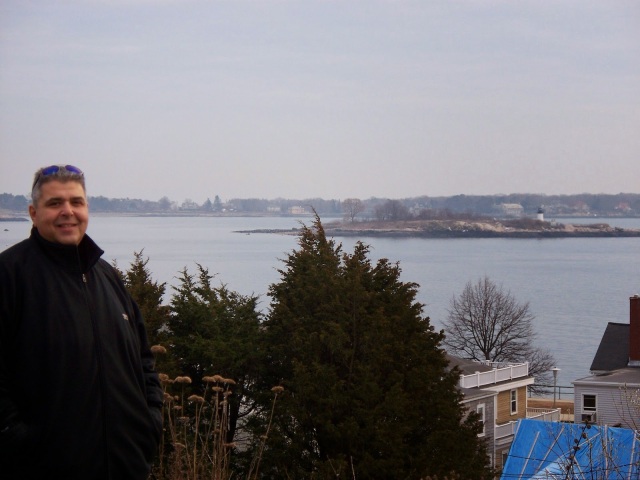 Vice President of  St. Peter’s Club,  and a director of the Gloucester Marine Railways Corporation since 1998, .Tom Brancaleone resides with his family overlooking the “Man at the Wheel” on the Boulevard.

Editor’s note:
“Highliner”  is the commercial fishermen’s term for their own elite, the skippers and crews who bring in the biggest hauls.

15 thoughts on “Memories of a Highliner’s Son”